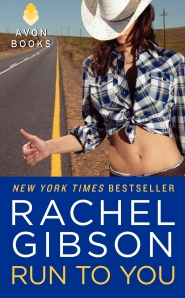 Rachel Gibson, New York Times bestselling author of Rescue Me, returns to Texas with a tale of what happens when a tough guy meets his match—and falls harder than a ton of red-hot bricks . . .

There’s nothing like fleeing Miami to ruin a girl’s day.

Stella Leon’s bartending gig was going fine until gorgeous ex-Marine Beau Junger decked her mob-connected boss, spirited her out of the city, and claimed that Stella’s half-sister—the one with the perfect life—sent him. Now Stella has no choice but to go along for the ride . . . and seduce Beau’s military-issue socks off …

The Marine Corps was Beau’s escape from his old man’s legacy of naval heroism and serial philandering, but no amount of training could prepare him for the day he looked in the mirror and saw his father staring back. The answer: swear off meaningless sex. Oh, and find a way to make Stella Leon quit being so damn hot…

“Hello. This is Stella Leon.” Just in case he didn’t remember her she added, “Sadie Hollowell’s sister. Listen, I just wanted to let you know that I won’t be calling to set up a meeting with Sadie anytime soon.” Once again, she looked through the blinds covering the door. “Ricky De Luca, my former boss, isn’t real happy about you punching him in the head and sent his associates over here.” She turned from the blinds. “They’re camped out in my parking lot, but as soon as they leave, I’m going to leave town for a while.” Where she was going, she didn’t know. “So now isn’t a real good time for a family reunion.” She pushed end and set the phone on the kitchen counter.

She moved into her bedroom and pulled a big duffel from her closet. She’d wait for a few hours. If they were still camped outside after dark, she’d have to call the cops, but she really didn’t want to call the Miami PD. She didn’t want to file a report. They’d ask her questions she didn’t know the answers to; she’d prefer not to make Ricky and his friends any madder than they were already.

She dumped underwear and bras into the bag. Maybe she’d be gone for a week. Surely that was long enough. She’d stay at a hotel and look for a job. Maybe in Orlando.

Next, she shoved shorts, tank tops, and two sundresses into the duffel. Makeup and hair products were followed by flip-flops and her iPad loaded up with about a thousand of her favorite songs. Everything from Regina Spektor to Johnny Cash.

She pulled on a blue ombré halter dress and her Docs. In case she had to run, she needed her good solid shoes. Her hair, she slicked back into a ponytail to keep it out of her face.

From the kitchen, her phone rang, and she walked into the hallway toward the sound. She didn’t recognize the number coming across but was fairly sure it had to be Ricky. She thought about not answering, but perhaps she could defuse the situation and convince him to leave her alone. “Yes.”

Joe’s name was Beau? Didn’t seem to really fit him. It wasn’t hard enough. He looked more like a Buck or Duke or Rocky. “I’m in my apartment.”

“Are the Gallo brothers outside your apartment?”

She peered out the slice in the blinds. “I don’t think they’re brothers.”

“One short and fat? The other tall and skinny?”

“They’re brothers. Do you see their beige Lexus LS?”

“Where is the vehicle oriented to your front door?”

“Several rows back and to the left.”

“Yes. I’m waiting for them to leave so I can run to my car.”

“Forget your car. I’m still about an hour out. So at”—he paused as if looking at his big watch—“fourteen hundred hours, you’re going to hear a commotion. Grab your bag and haul your ass out of your apartment.”

“What kind of commotion? How will I know it’s you?”

“You’ll know. There will be a black SUV parked at the curb closest to your unit. Get in.”

“Wait. Come back. What time is fourteen hundred hours?” 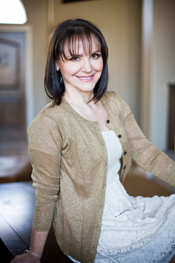 Rachel Gibson lives in Idaho with her husband, three kids, two cats, and a dog of mysterious origin. She began her fiction career at age 16, when she ran her car into the side of a hill, retrieved the bumper, and drove to a parking lot, where she strategically scattered the car’s broken glass all about. She told her parents she’d been the victim of a hit-and-run and they believed her. She’s been making up stories ever since, although she gets paid better for them nowadays

(Publisher is giving away one copy of Run To You to US mailing address only.)

One thought on “Spotlight & GiveAway: Run to You”