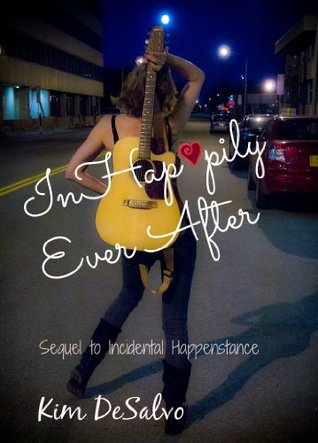 The secret is out, and Dylan is ready to go public with their relationship in a big way. Thanks to the Penelope Valentine scandal, however, it’s much bigger than Tia ever anticipated. She’s the mystery woman everyone’s talking about, and once her identity is revealed, she must step out of her old life and learn to embrace her new celebrity and everything that comes with it. She becomes a media darling overnight, but there are still those who would begrudge her happiness…

Lexi is at first relieved that she no longer has to bear the burden of keeping Dylan’s identity to herself, but soon discovers that having it out in the open only creates more complications. Ryan, her fiancé, feels blindsided by her deception, and is struggling to maintain his own identity in the long shadow cast by Dylan Miller. Then there’s Bo Collins; the drummer for InHap who feels more for her than he’s at first willing to admit. With all the misunderstandings, deceptions, and lies, can Lexi ever hope to find her own InHap*pily ever after?

The first of this series Incidental Happenstance

“This is going to be the year of us, Tia, and it’s just the beginning of a lifetime together.” He raked his hands through his hair, and reached into the pocket of his jacket, his gaze never faltering. “The next time the tabloids print a headline that says ‘Engaged,’ I want it to have an exclamation point and a picture of us under it.” He pulled his hand from his pocket, and Tia saw the gold-embossed black box that he held and she inhaled on a gasp, unconsciously bringing her hand to her heart as Dylan dropped to one knee.

“I worship you, Tia Hastings. Life without you would have no meaning, and you would make me the happiest man on earth if you would be my wife.” He opened the box, but Tia couldn’t take her eyes off of his and all the sentiment she saw there. “Please. Say you’ll marry me.”

A flood of emotion washed over her in an instant, and in that moment, she knew beyond the shadow of a doubt that she was the luckiest woman in the world. “Yes,” she croaked, then louder, “Yes!” Her voice dropped to a whisper as she fought tears of joy. “With every cell in my body, yes. Oh Dylan…” She held out a very shaky hand and looked down as he slipped the ring onto the third finger of her left hand. He kissed the ring and her hand before standing up and pulling her into his arms. Their kiss was sweet and tender, and the fireworks in the distance seemed just for them.

Kim has been a writer all her life, penning her first “novel” in a spiral notebook when she was 14. She wrote mostly for the love of language, but the encouragement and support of friends and family prompted her to publish her first book in 2012.

Her debut novel, Incidental Happenstance, became an Amazon best-seller within three months of its release. InHap*pily Ever After is a sequel, and picks up right where the first book left off.

An elementary teacher by day, Kim is also an avid reader, a nature lover, and has a weakness for travel. She lives in the Chicago area with her husband and Bonnie, her furry mutt.