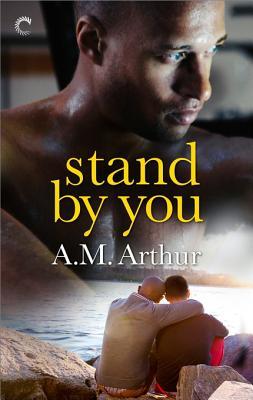 Synopsis:
Three months after his rescue from an abusive boyfriend, twenty-two-year-old Romy Myers has landed his first legitimate job—bussing tables at his friend’s new coffee shop. The job has brought him some stability after years of abuse have left him feeling damaged and broken. He’s working hard on his panic and social anxiety, and those things are often tempered by the big, burly presence of Brendan Walker.

From the moment ex-football player Brendan helped rescue Romy from his ex’s abuse, he’s wanted to protect him. And he does, from a distance, with joking text messages, a new gym routine to toughen him up and a genuine friendship. So far it’s been easy—but Brendan’s feelings aren’t just friendly anymore…

When an argument spirals out of control, a hot and heavy make-out session causes Romy’s friendship with supposedly straight Brendan to reach a new level. The last thing Romy wants is to fall for another guy who could potentially shatter him, but Brendan also wakes up a part of him he thought had been destroyed by violence—his heart.

This book was, overall, a very enjoyable read. The plot had just enough strife and self-doubt to keep it going, but not so much that it felt like you were getting bogged down in unnecessary conflict. It addressed many real life problems, such as abuse, self-discovery, social prejudice, and even rape. It was fast-paced but didn’t feel rushed.

The characters were all well-developed, even those that could’ve possibly been described as being a cliché. Through the book you begin to fall in love with Brandon, the tall, dark, and silent protagonist, and with Romy, a character who isn’t as much of a meek follower as is originally thought. The friends that they have lend a light-hearted and occasionally guiding component to the book. There was a family element, and that family accurately showed the reactions many non-heterosexual people have to face, everywhere from ignorant acceptance to hostile rejection. It kept the book from being unrealistically happy while keeping it out of the trenches of despair.

There was some confusion with the names for me, a few of them being too similar for me to be able to tell which one a character was referring to, but it’s very possible that was a problem with me and not the book.